Although I live in a farm located an hour drive from Lisbon, most of the inquiries for gigs as an event photographer that I receive, are for events taking place in the Lisbon area and surroundings. Lisbon has become a very attractive place for both corporate and private events in the last decade, offering jaw-dropping venues and first-class, international level event services, like catering, lighting and sound. The light of Lisbon is also world famous for its special tone and texture.

Having a background in film-making, where a story normally is told through scenes that have a specific narrative and visual function in the whole movie, I approach event photography in a very similar way. The first question that I ask myself is: which images will capture the essence of this event, giving the observer of the images the feeling of having been there? What are the strongest visual impressions that this event is offering and how can I capture them as a photographer? 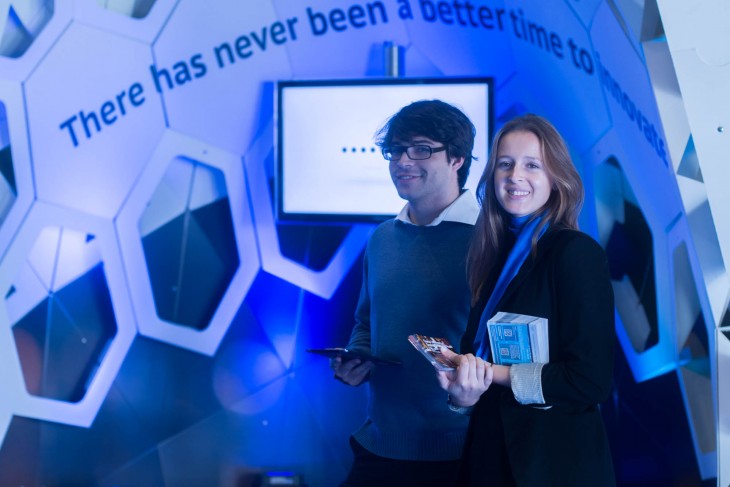 Of course the choice of the lens to be used is strongly connected to the situation I face in every event. If the venue offers a strong visual aspect itself, like in the picture below, in the Thalia Theater in Lisbon, I will use lenses that will intensify the character of the background. 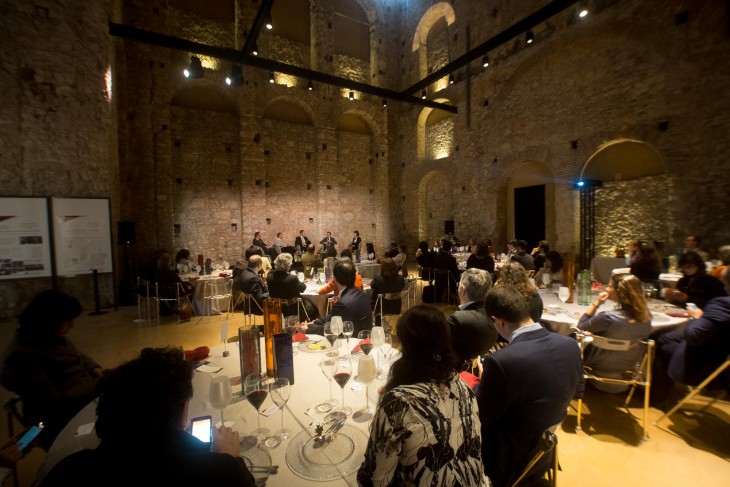 Here is another example of the use of a wide angle lens in order to accentuate the forms and subjects of a scene in a very  visually rich space, in the MEO Arena in Lisbon. 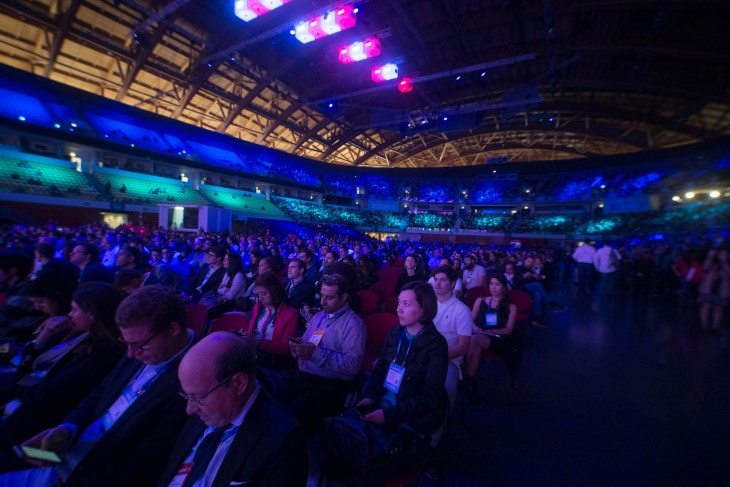 There are situations, though, where the background does not offer such impressive views itself or is not very favourably lit. In those situations, I tend to create images that detach the people from the background, using lenses with a very shallow depth-of-field, like in the pictures below. This way, the attention of the observer is turned more to the persons and faces and not so much to the space. 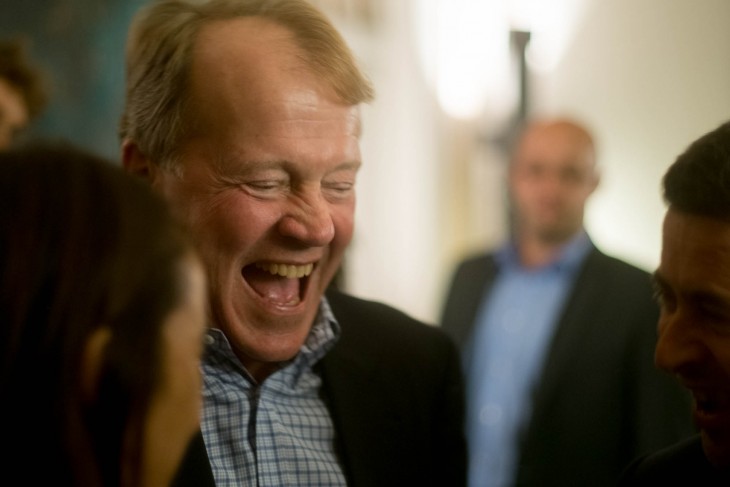 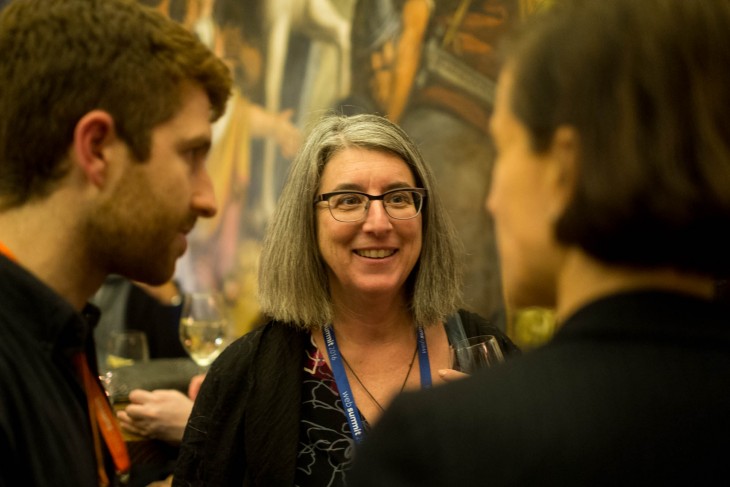 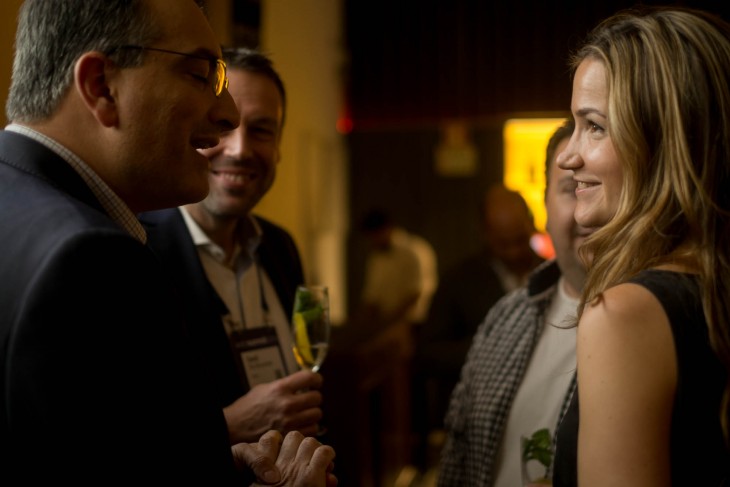 There is a tradition in the journalistic event photography that makes constant use of on-camera flashlights. I never do it. Flashlights do make scenes brighter, for sure. Besides making every situation brighter, they also create very flat images, because of the direction of the light that is thrown to the subjects. Specific forms and textures of the subjects suddenly disappear, making them look very two-dimensional. Every event has its own atmosphere and the available light at the venue is a big part of this atmosphere. Using a flashlight would eliminate that from the pictures, making every event look very similar.

In the event photography I do not see the mere documentation of the event as my sole task. As an event photographer, I always try to create aesthetically pleasing, rich, colorful images that will not only reproduce what happened, but will add another magical dimension to the event, that only photography, while freezing time, can create. 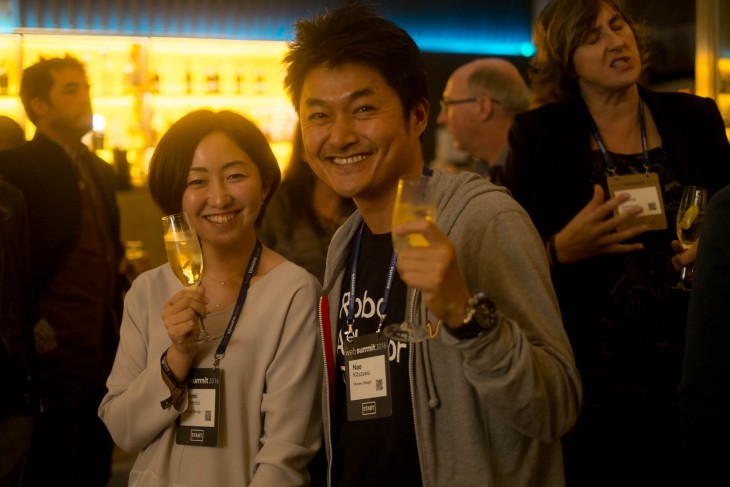 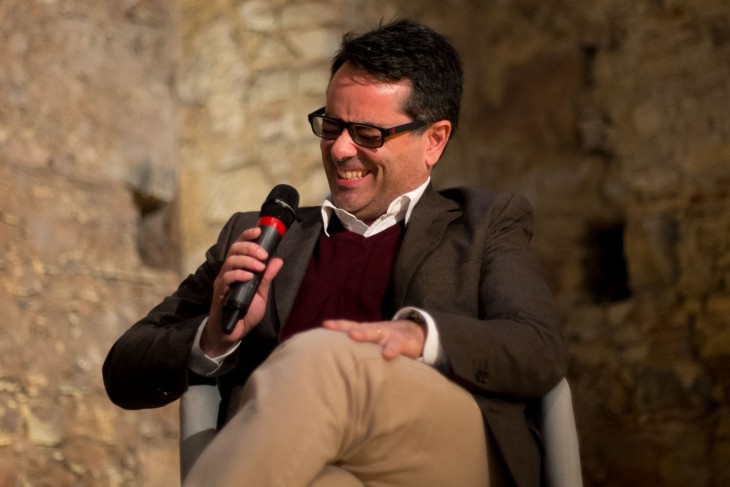